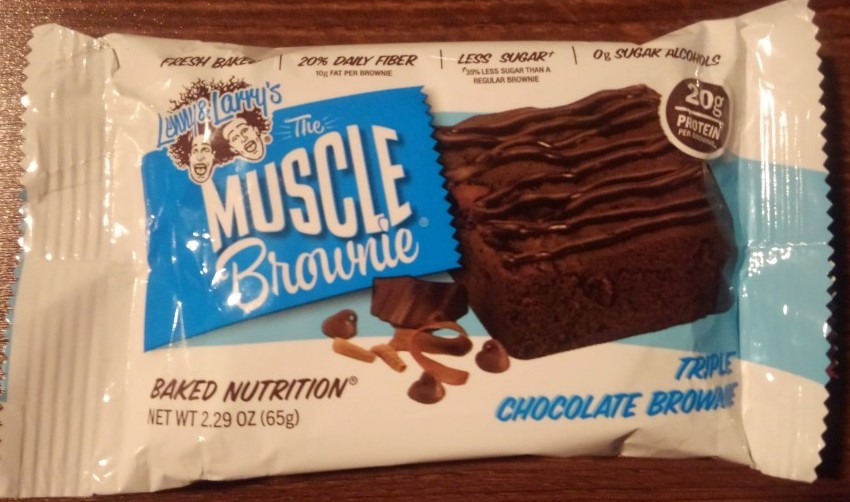 To be honest, I didn’t like the brownies nearly as much as I did the Complete Cookies from them, but they were passable to get some extra protein in the diet. I am a big lover of all things chocolate, so we’ll see how this brownie shapes up to the others.

Keep in mind that even though this is a triple chocolate brownie, there are almonds and peanuts in the ingredients. So be careful if this could affect you or someone who wants to try it.

This brownie is a source of fiber, and has no sugar alcohols, which is a plus for those that are affected by them.

When I open the package, I notice how small the brownie is, and I get a mild smell of dark chocolate, which is promising. There is a chocolate drizzle on top of the brownie along with chocolate chunks.

As I take a first bite, there is a soft chewy texture and it is not dry. As I continue to chew, the brownie really moistens up nicely. This brownie has a much better flavor to me than the other two that I tried from Lenny & Larry’s. There is a bit of a protein taste to it, but there is also delicious chocolate chunks, which adds to the flavor. 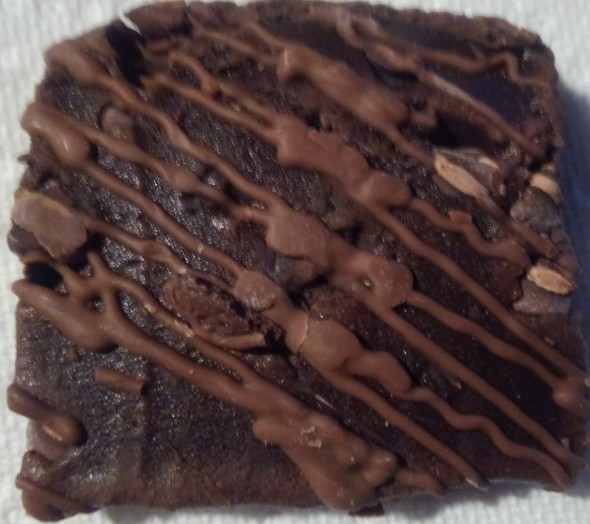 The brownie is not crunchy at all, and though there is a bit of an aftertaste, it doesn’t bother me as much as it did with the other brownies. As always, I would suggest a beverage when consuming any protein bar, brownie, or cookie, and I am having a can of coconut water with the brownie, which works well. It would also go great with a cold glass of milk.

The triple chocolate brownie would make a tasty snack to get some protein and a bit of fiber. I would eat one of these brownies before or after a workout. I enjoyed the rich chocolate flavor, which is filling and satisfying, even though it is a small brownie. I would definitely suggest this brownie and I may buy more of these in the future.

Robert Irvine's FITCRUNCH Cookies and Cream
This particular protein bar is my ultimate favorite....so far. It is delicious, satisfying, and provides 30 grams of protein per bar!